The Lysicrates Foundation is proud to be partners with the Australian Theatre for Young People (ATYP) and the Riverside Theatre.

August 22 was a big day in 2019 as hundreds of school kids filled the Riverside Theatre for a unique experience of live theatre in the raw as well as an exercise of democracy in action!

They watched the performance of three plays and then the audience members (no adults allowed) filed past three urns and deposited their voting tokens in support of the play they most liked to see produced in full on an Australian stage.

The winner of the Martin-Lysicrates Theatre Audience Prize was Brendan Hogan, who won an amazing $15,000 for his play ‘Play Number Four’.

The event was professionally filmed and the videos are available right here on this website so that you, no matter where you are in Australia, can watch the videos of the three performances and share in the fun.

Kids all over Australia shared in the fun and participated in awarding a supplementary prize – The Viewers’ Prize.

The winner was Brendan Hogan for his play “Play Number Four”

Brendan won the online vote and took away the prize of $2,000.

For teachers there was the chance to win a special prize – two return tickets to Athens.

The winner, drawn from the hat by the Attorney General of New South Wales, the Hon Mark Speakman SC, was Alex Wharton from Carinya Christian School in Gunnedah, NSW.

By voting, students went into the drawer to win the latest 11-inch iPad Pro Wi-fi 64GB.

The winner, drawn from the hat by the Attorney General of New South Wales, the Hon Mark Speakman SC, was George Ingram from Trinity Anglican College, Albury, NSW.

HERE ARE THE THREE PLAYS

WHICH ONE WOULD YOU HAVE VOTED FOR? 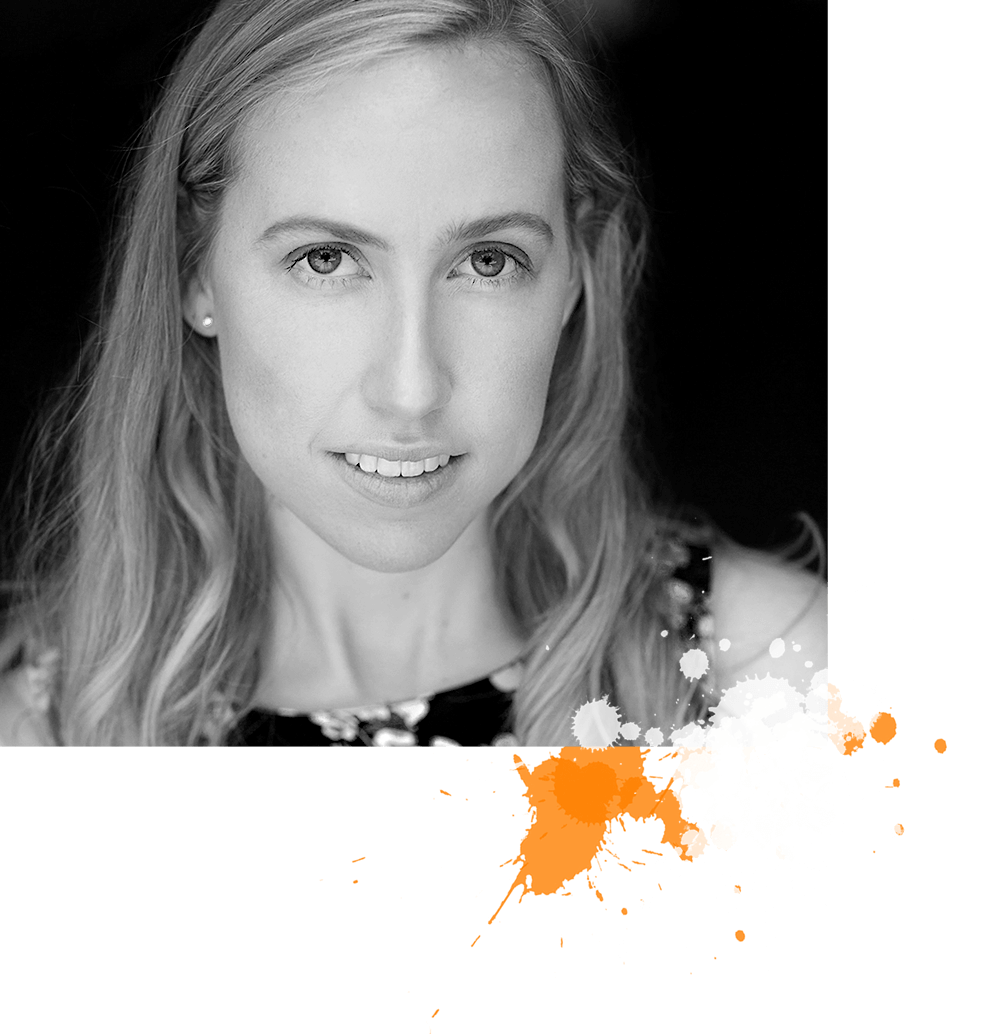 Madelaine Nunn is an award-winning theatre-maker/ actor/ writer and the 2018/19 recipient of the ATYP Rebel Wilson Theatre Maker Scholarship.

Since graduating from the Victorian College of the Arts in 2015 Madelaine has co founded the ensemble company Three Birds Theatre, been shortlisted for the Rodney Seaborn Playwrights Award, nominated for two Green Room Awards and has toured her work throughout Victoria, NSW and the US.

Other credits include, 2 in The Three Graces (Dir. Katie Cawthorne), Maggie in OpticNerve’s production of The Mill on the Floss (Dir. Tanya Gerstle), Maddie in Elbow Room’s The Experiments (Dir. Marcel Dorney) Ali in Homecoming (Dir. Delaney Murphy) and Katherine in Sugar Rush.

In 2014 Madelaine received the Irene Mitchell Award for excellence in acting and in the same year she was also selected to perform at the Performance Studies International Conference 20 at the Shanghai Theatre Academy.

My favorite thing about being a writer is the chance to create lots of different characters; characters that make me laugh, make me angry, challenge me and characters that make me think outside the box. I get to delve into the minds of other people and experience the world from their perspective, imagining what they might think, feel, want, say and do. When I’m fully inside a character it’s like I don’t even have to imagine what they might say, the words just come flowing out… of course, other times, it’s not always that easy.

As a writer, I get the unique privilege of arguing with myself through the opinions of different characters and I get the chance to say all the weird and wonderful things that I think, but don’t necessarily say. Writing can be like a puzzle, with many different pieces, but once it’s put together and everything fits just the way it should it’s the greatest feeling in the world. 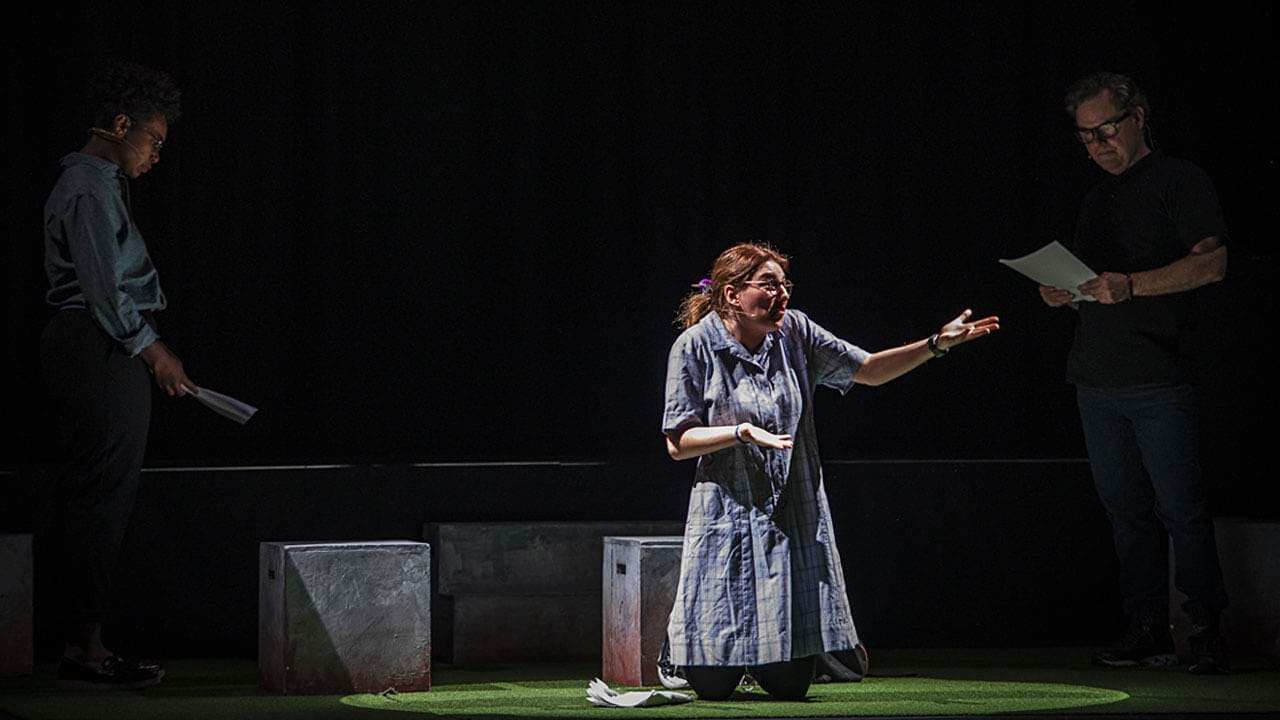 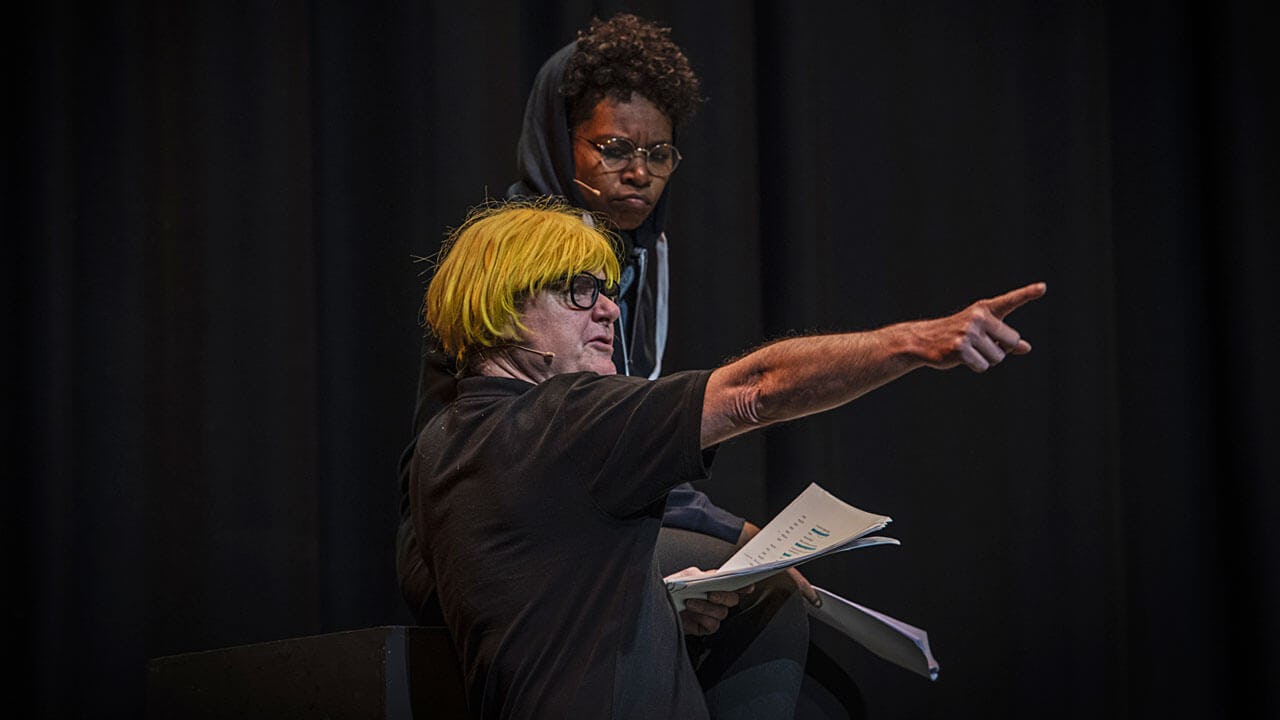 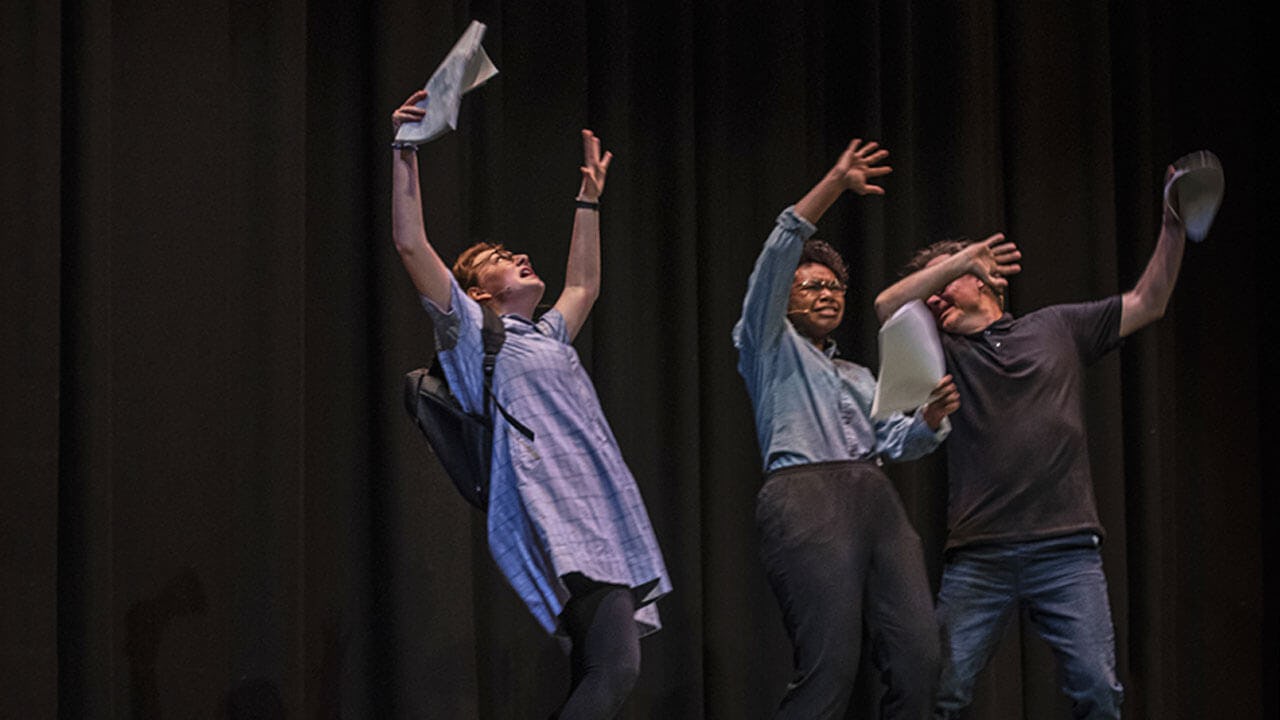 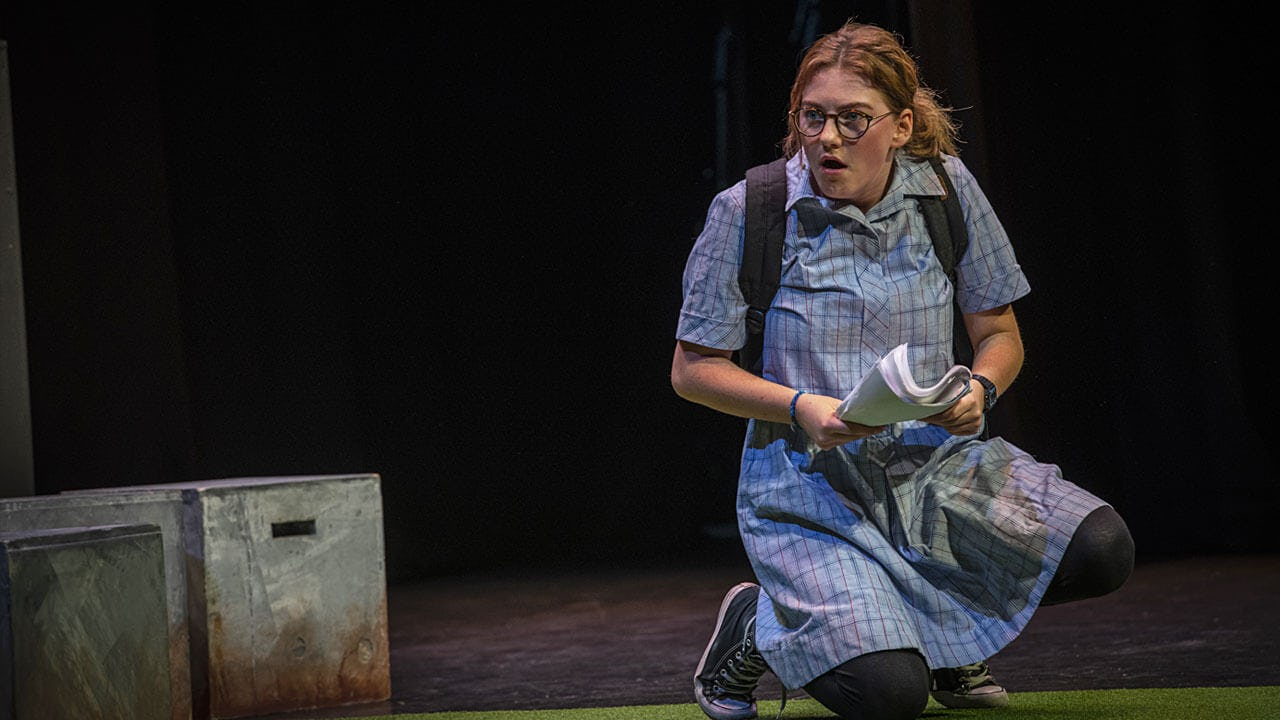 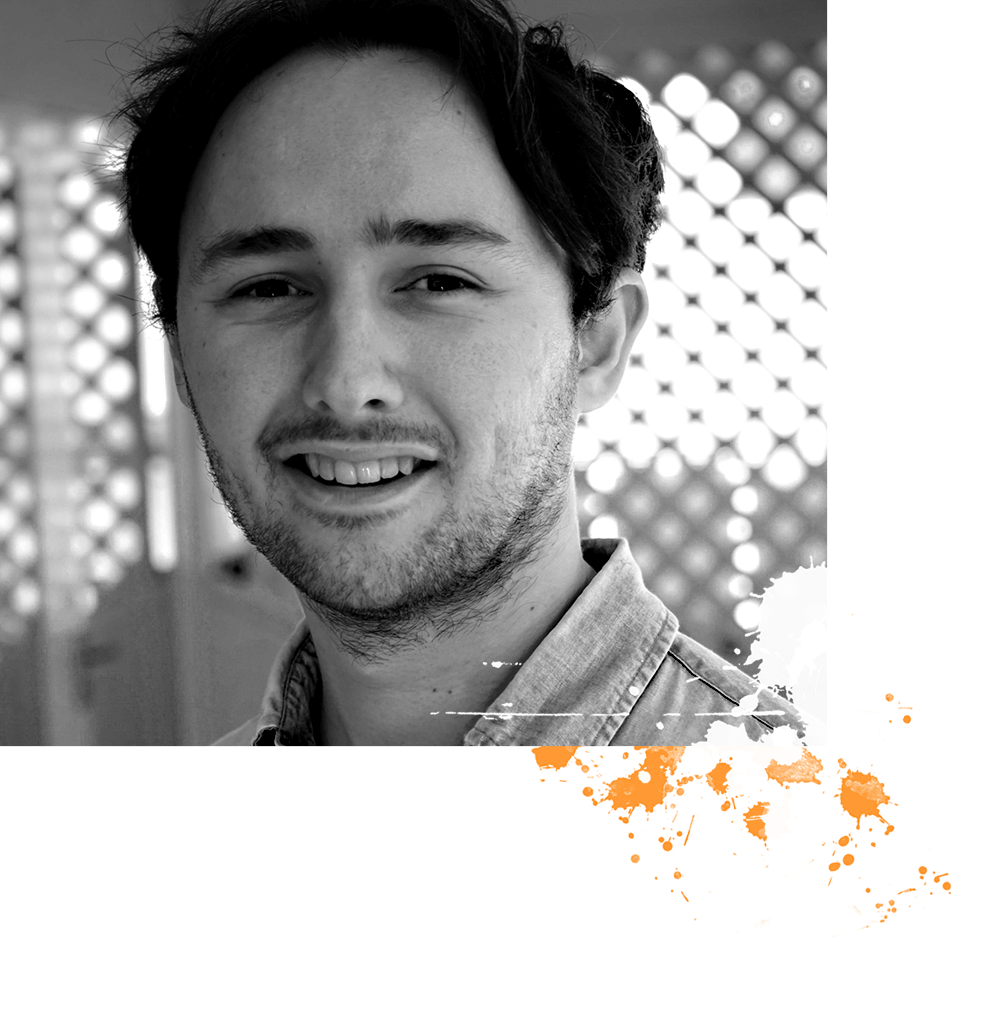 Elliot Vella is a playwright and screenwriter from Sydney. His writing path began when he completed an undergraduate degree in Creative Writing at the University of Technology Sydney. During this tenure, Elliot was lead editor of UTS’ Vertigo magazine and head producer of Vertigo TV. He was also a producer on the web series All We Have Is Now, a Louise Frequency creation.

In 2018, Elliot completed his MFA in Writing for Performance at The National Institute of Dramatic Art. During his time at NIDA, his short film script Optics was selected to be funded under the Design Course Program, and his co-written play Delta Sierra Juliet was staged under the Directors & Designers program. Delta Sierra Juliet was then picked up by 107 Projects Redfern where it was restaged earlier this year.

Elliot’s interests lie in comedies that explore environmental crisis, human relationships, and the expectations people place on one another.

There are so many benefits to being a writer, but what I like most is all the random knowledge you pick up while doing research for stories. Last year, for instance, I was co-writing a play about Frederick Valentich, an Australian pilot who was supposedly abducted by aliens. To do the story justice, I had to look into the 200 people who have gone missing around Bass Strait, the construction manual of Cessna aircrafts, and Frederick’s last words to Melbourne Air Traffic Control. Even if something you’re writing turns out to be a dud, you’ve still learnt a bunch of interesting (some would say useless) information.

Some of my favourite of these fun facts include: 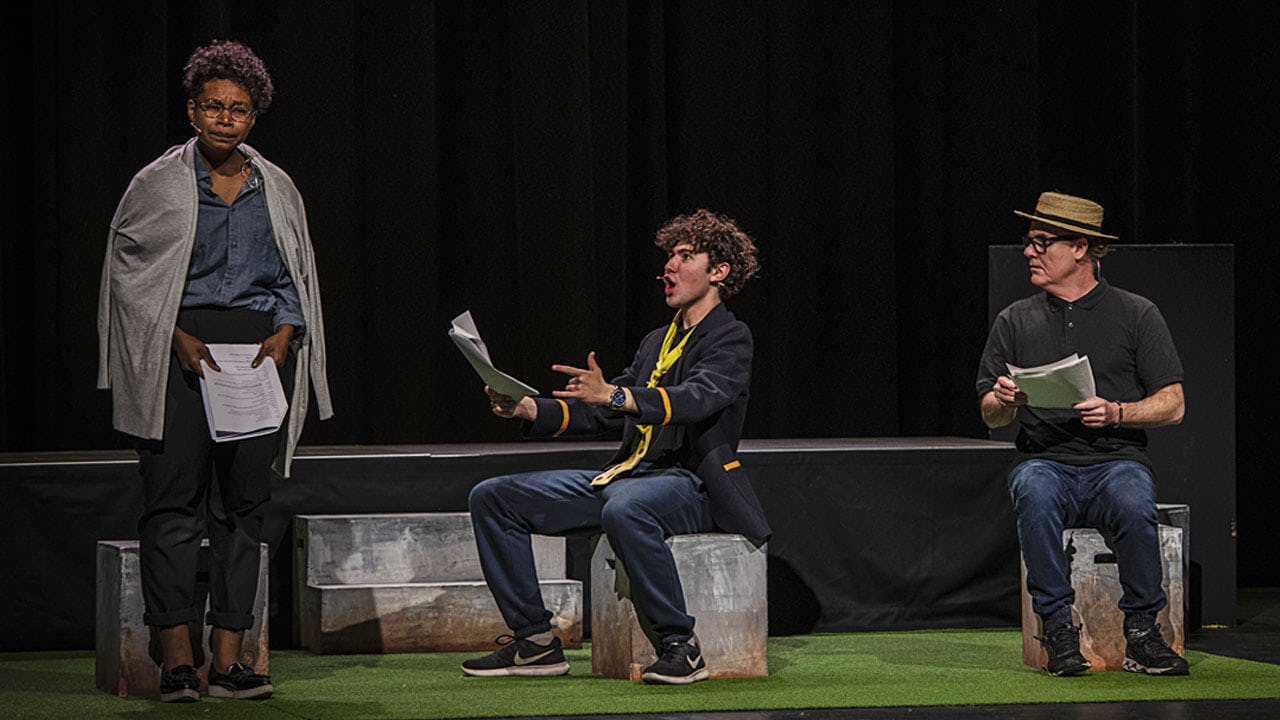 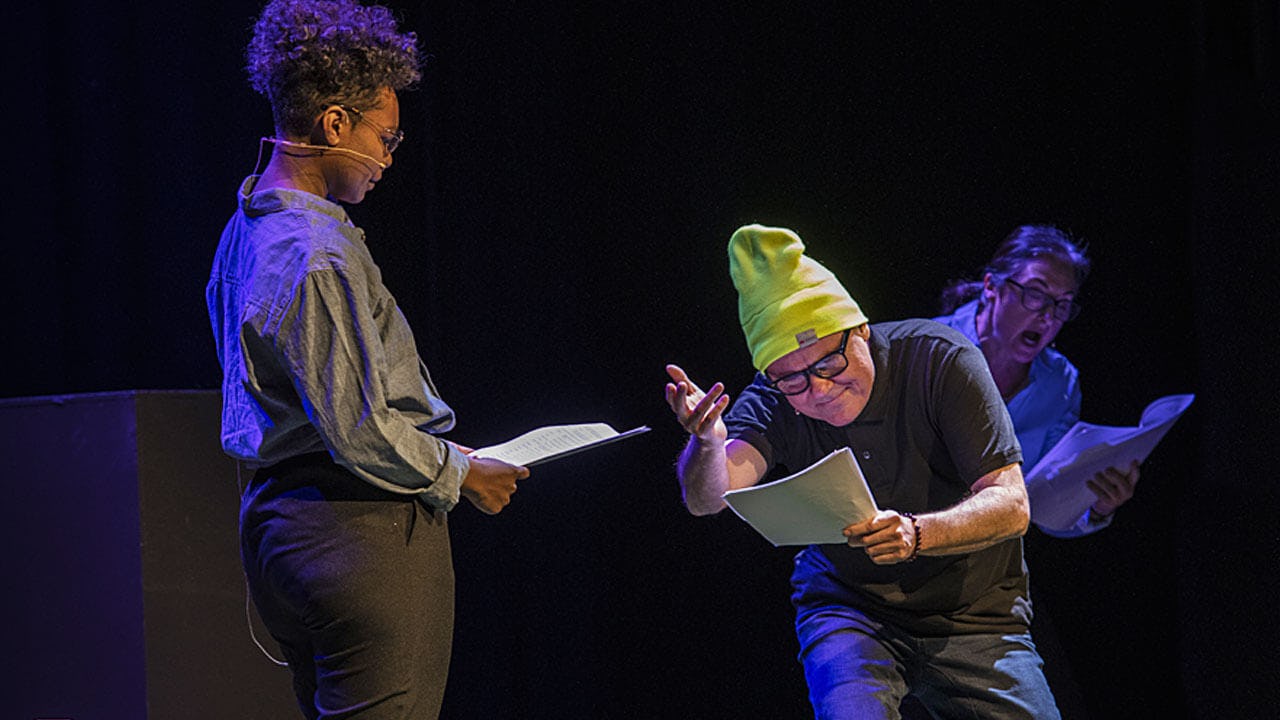 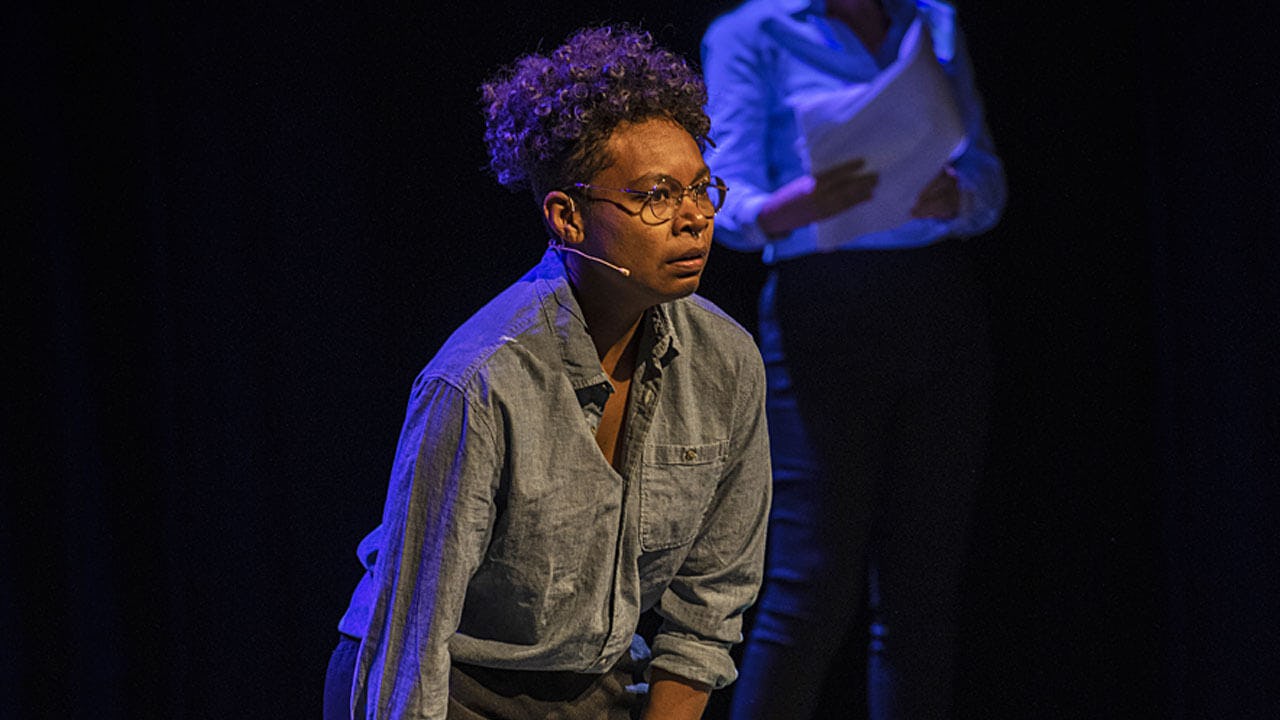 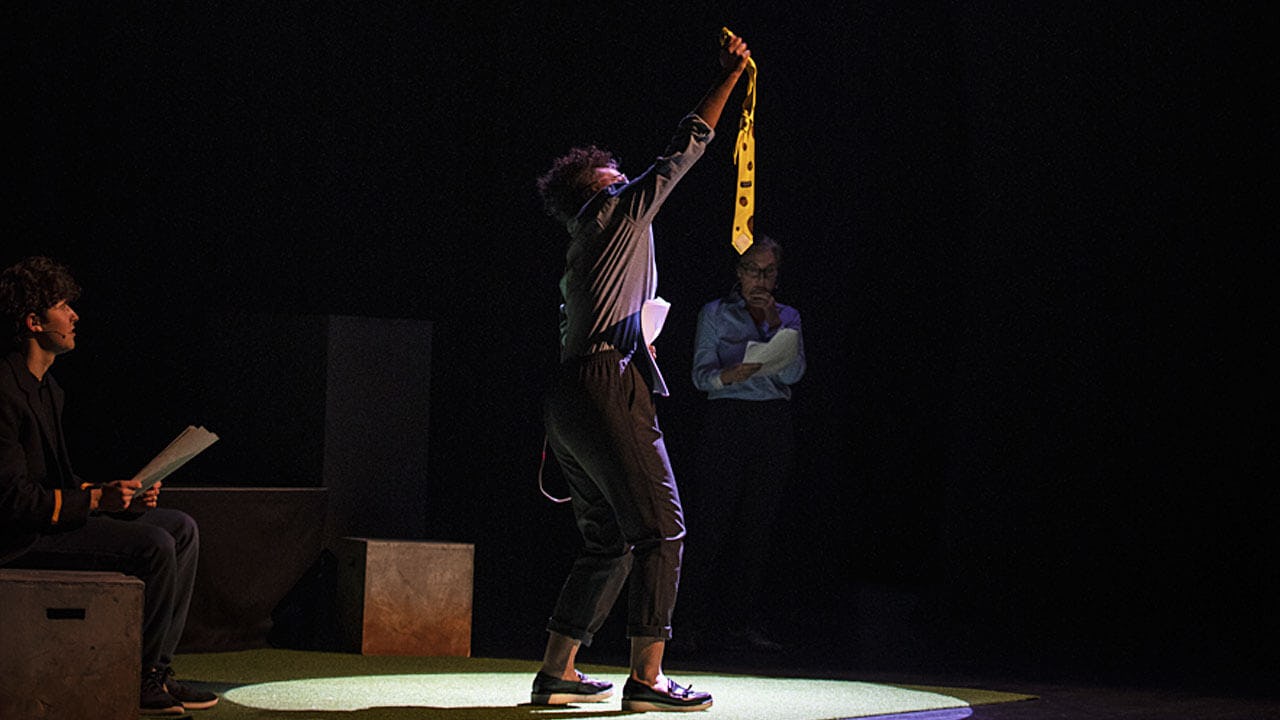 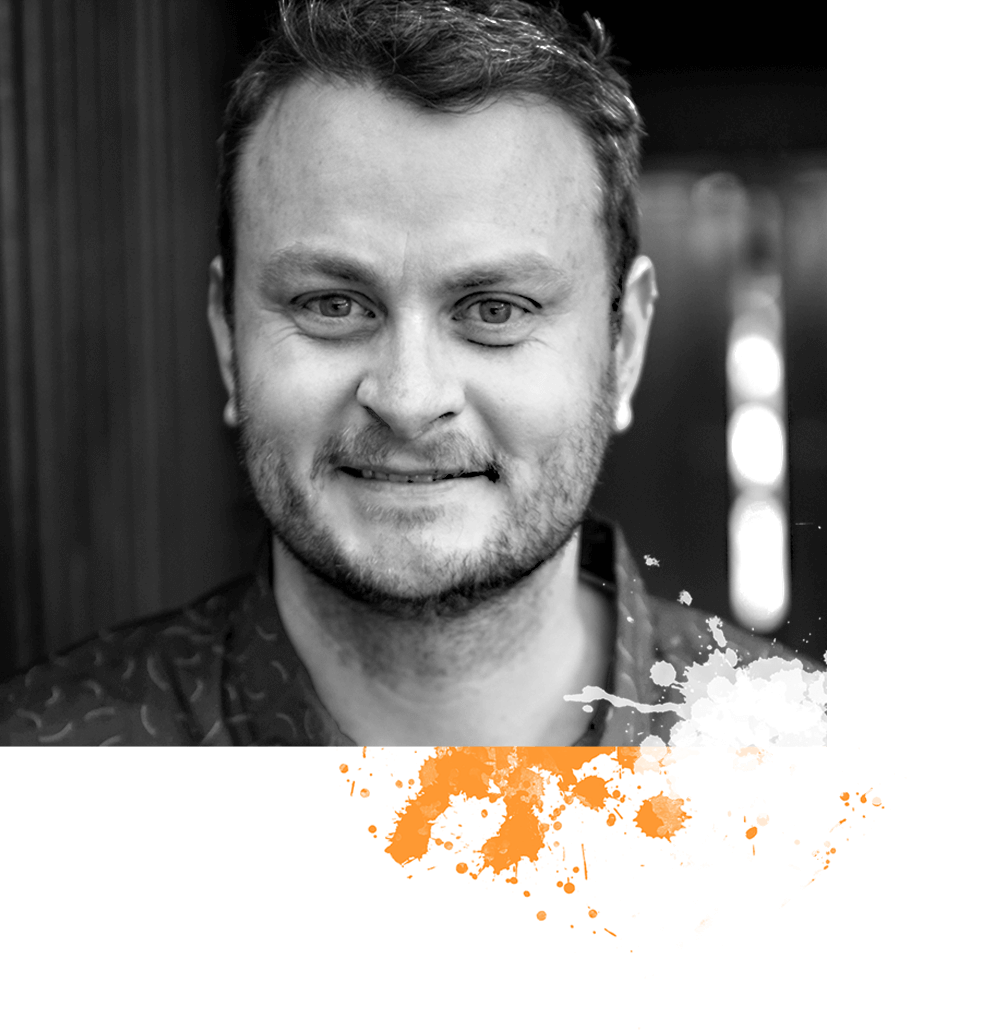 Brendan lives and works in the tiny town of Yackandandah, where he writes primarily for young people and their families. His published works include, Scaredy-Cat (2015) and How to Beat a Bully (2016), both of which have been performed by youth groups and schools around Australia.

In 2018, he won the Martin-Lysicrates Prize for his play, Farewell, Mr Nippy, and his most recent work, The Last Boy On Earth, was presented by HotHouse Theatre (2019). Other current projects include a collaborative creative development, with the support of HotHouse Theatre’s Celsius program, exploring the true but remarkable story of The Uiver, and retelling it as an immersive piece of theatre for young people. He has written and directed shows at the Melbourne International Comedy Festival and presented at several conferences and festivals as a writer and an advocate for arts in the community.

I’ve always wanted to be a writer (I still have my unauthorized rip-off of the ‘The Wizard of Oz’ that I wrote in Year 1.)
But it wasn’t until a few years ago that I worked out what kind of writer I was meant to be: a playwright for young people.

I love writing things that are funny, quirky, unexpected and a little bit naughty (just like young people). But I also like to write things that take young people seriously and challenge them, because underestimating young people is one of the biggest mistakes many parents, teachers, writers and other adults make. And the theatre is the most amazing place to do this. Where else can a group of strangers be collectively transported into any world or experience you can imagine?

Computer games. Yes, okay, but there’s something magical and immediate about theatre. When the acting, staging and other elements come together, the words and ideas that I took from my mind are expressed in a way that creates connection; an almost indefinable energy that fills a room and the people in it.

That moment is what I love the most about being a playwright.

“…creates connection; an almost indefinable energy that fills a room and the people in it“ 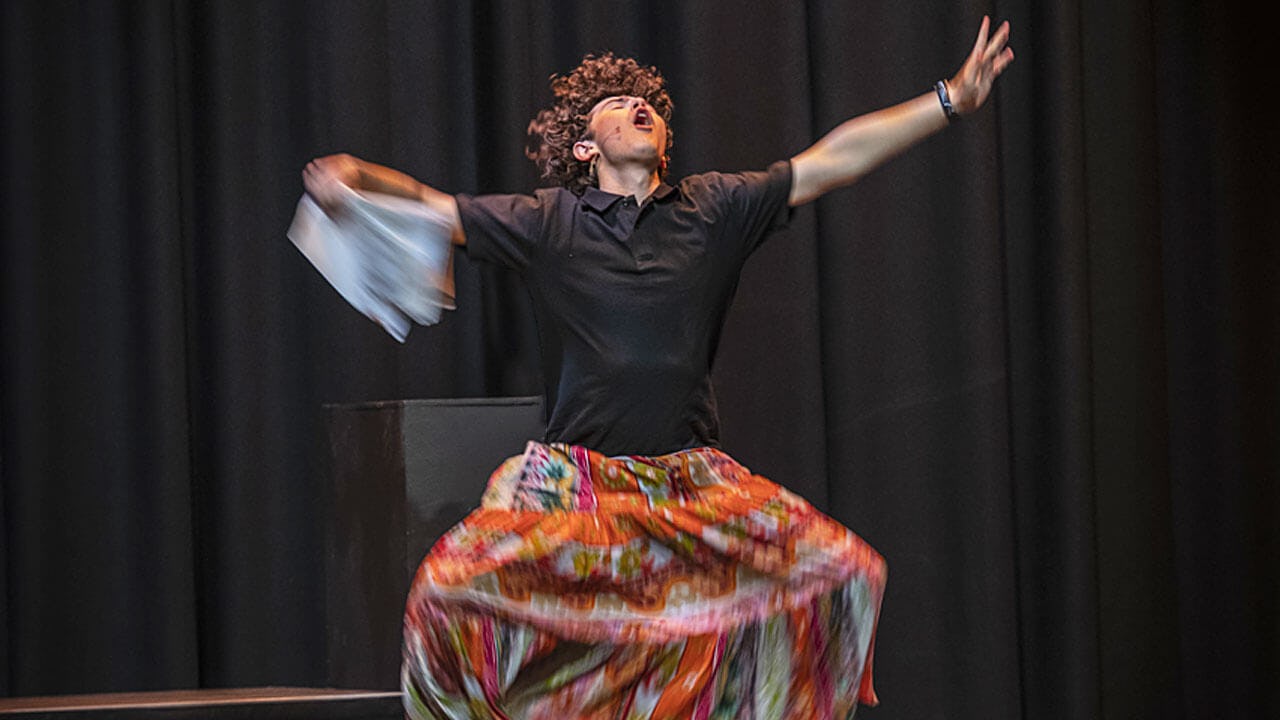 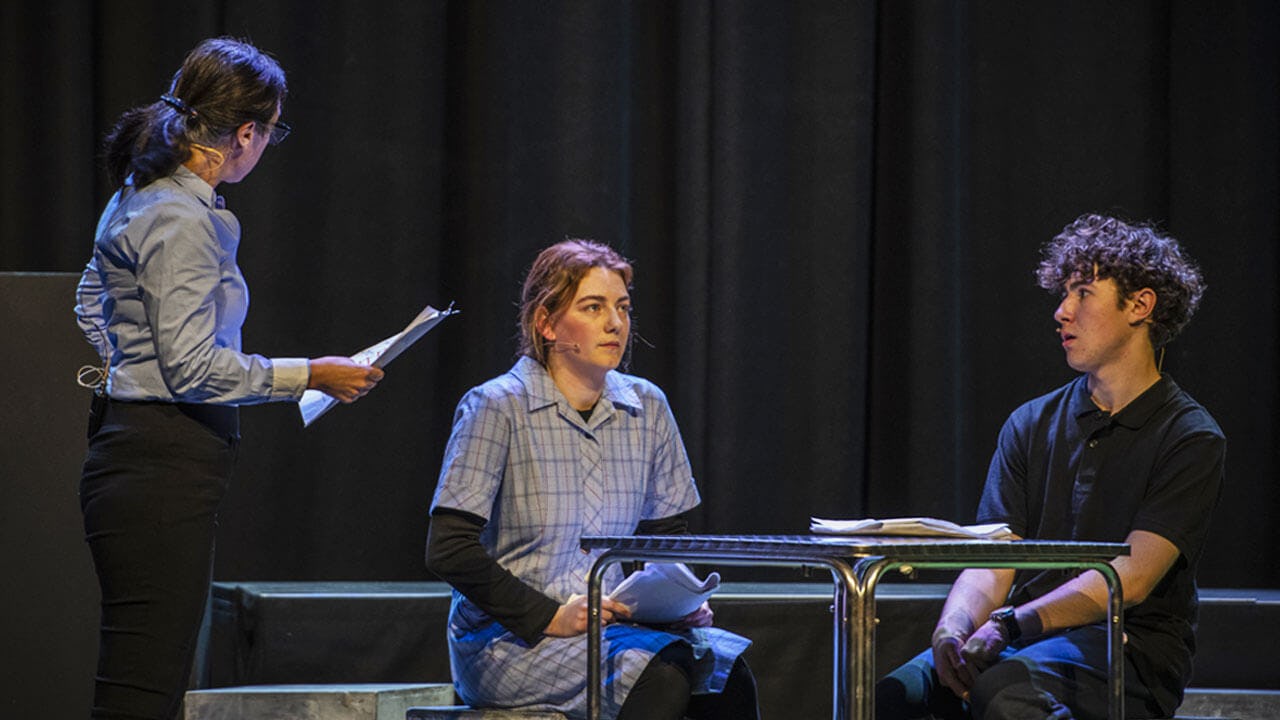 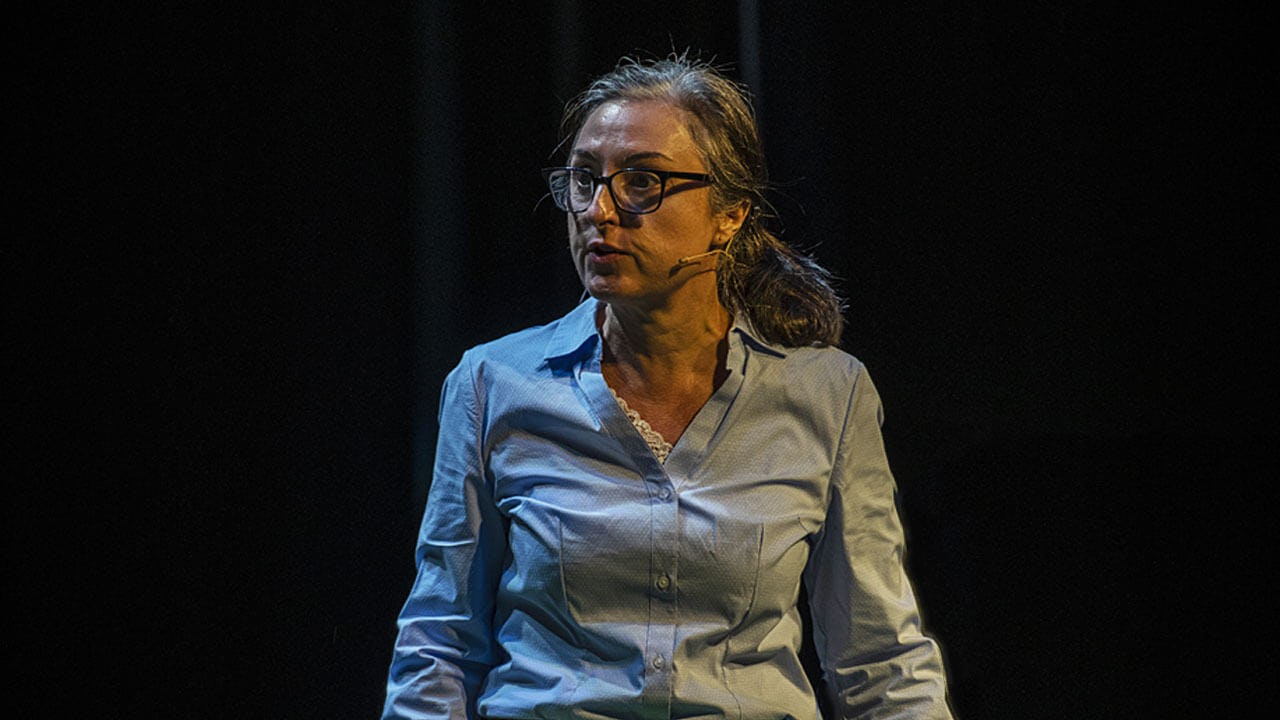 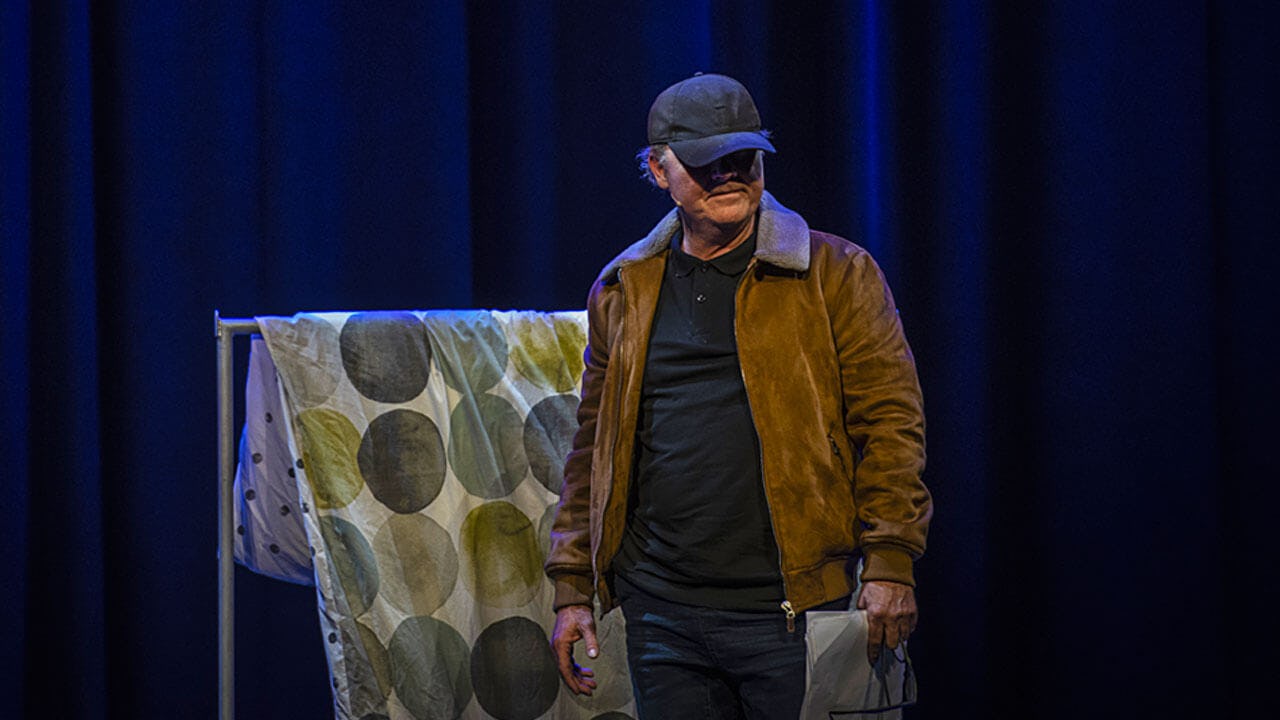